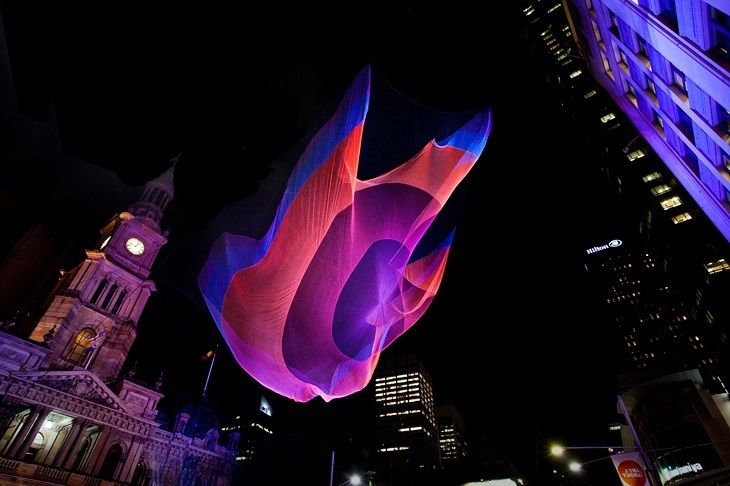 Lumiere is gradually releasing the list of artists who will participate in the groundbreaking light festival. American artist Janet Echelman is creating a giant, pulsing network of lights inspired by the 2011 Japanese tsunami. Irish duo Cleary Connolly is contributing an installation called 'Joining the Dots,' designed in consultation with psychologists at King's Cross hospital, where it will be displayed. The lights festival will also be home to BinaryWaves, a grandiose project by Belgian studio LAb which will turn the telecommunications waves which traverse London into a 40-panel audiovisual exhibit.