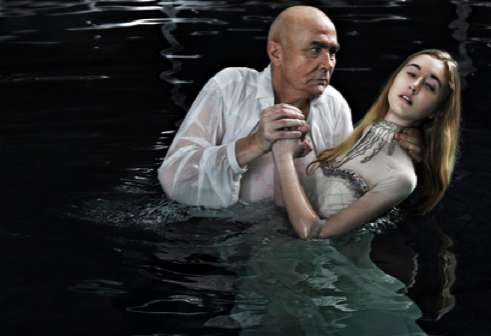 Amelia Roblin — June 4, 2011 — Social Good
References: behance.net
The idea of a river christening should might be appreciated for its symbolism of natural purity, but Light Dark by Aorta is one series of photographs that shines a different light on the religious ritual.

An image of rebirth is cast with undertones of the death of one's soul as a sinister minister immerses six women under the water. Though each character featured in 125 Magazine wears immaculate white clothing, the dark midnight setting and ink-colored creek muster a menacing feeling of unfathomable evil.

A couple of the participants look to undergo the ceremony with an icy willingness, while the other lash out in violent bursts and spine-chilling screams. The ritual performer exudes a devilish disposition, and Light Dark by Aorta is a beautifully surreal yet hauntingly paranormal portrayal of a nightmare.
2.7
Score
Popularity
Activity
Freshness