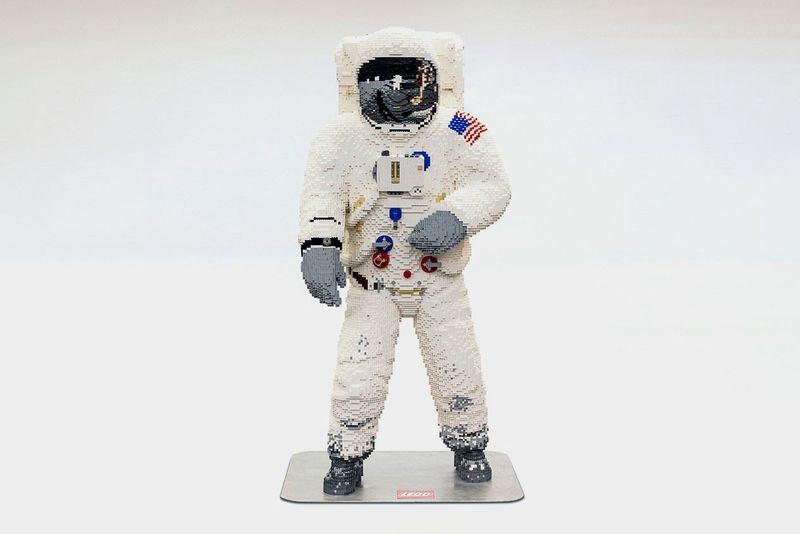 LEGO Celebrates the 50th Anniversary of Apollo 11 with a Statue

Amy Duong — July 31, 2019 — Art & Design
References: hypebeast
Share on Facebook Share on Twitter Share on LinkedIn Share on Pinterest
The recent month marked the 50th anniversary since the historic Apollo 11 mission and to celebrate the milestone, LEGO created a special life-sized astronaut. The statue measures to be 6 foot and 3 inches tall, wearing the exact same spacesuit that was worn during the moon mission that took place on July 16th, 1969.

The details on the statue are intricate, even capturing the moon's reflection on the helmet being held. Additionally, LEGO also builds the American flag patchwork on the arms, the boots, globes, and tools that were taken on the mission. The piece is made up of 30,000 LEGO bricks in total, using 10 different colors and took just under 300 hours to design and construct.
1.7
Score
Popularity
Activity
Freshness
Attend Future Festival