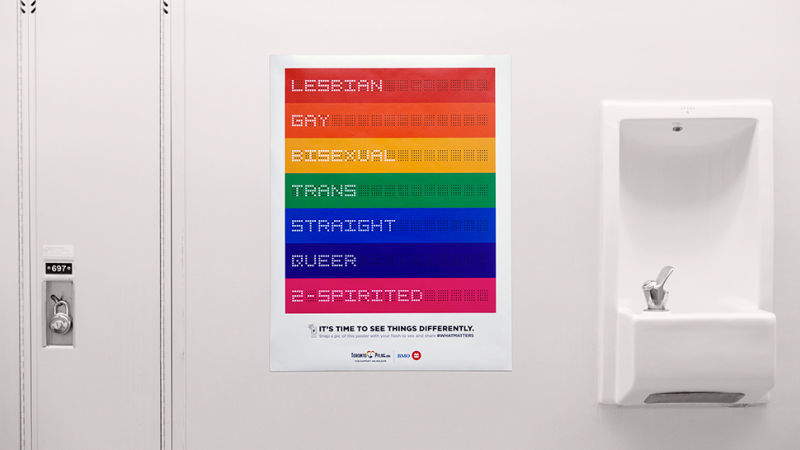 Meghan Young — April 20, 2016 — Tech
References: torontopflag.org & gizmodo
Share on Facebook Share on Twitter Share on LinkedIn Share on Pinterest
This LGBTQ poster is supportive in a way that mimics the culture itself. It boasts hidden messages that makes it feel as though it too were hiding in a closet. But instead of that being a negative thing, this LGBTQ poster is full of positivity. It interacts with camera flashes in order to reveal such words as "partner," "ally" and "teammate" to show solidarity and, ultimately, love.