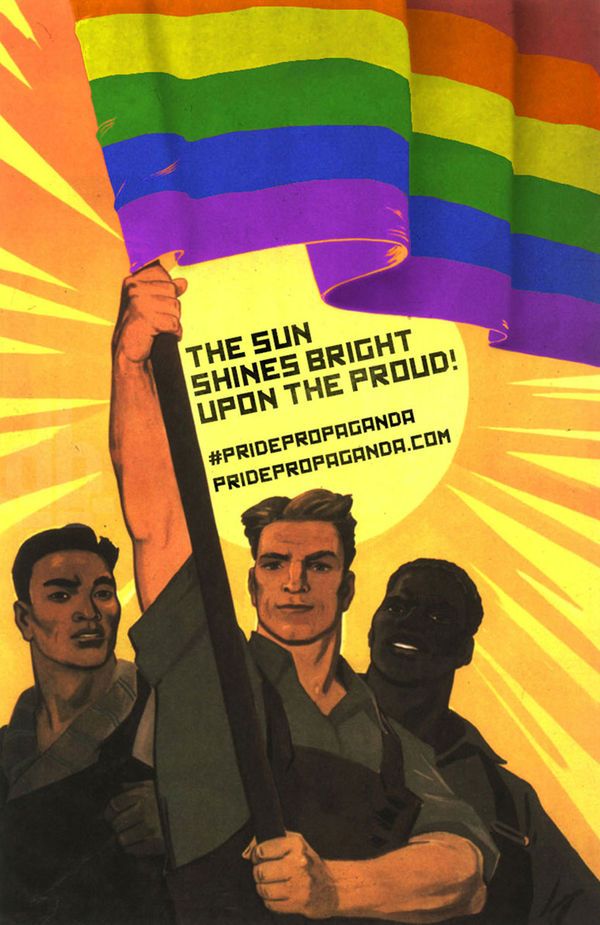 Michael Baxter — February 13, 2014 — Special
References: pridepropaganda & designboom
Share on Facebook Share on Twitter Share on LinkedIn Share on Pinterest
These LGBT posters turn old Soviet propaganda posters into bright and colorful gay pride posters. While the struggle isn't exactly the same, there are parallels, and the mistreatment of the LGBT community in Russia is appalling, to say the least.

The posters came in time for Sochi where there has been a whole list of issues with gay rights. The posters use the same posters that the Soviets once used to unify themselves to unify the one force the government is fighting against.

The posters serve to make a big statement about the current state of affairs when it comes to gay rights and Russian politics. The posters are adorned with rainbows to represent the gay community and features the word pride quite frequently. These LGBT posters shed light on a difficult situation just as they did when originally used.