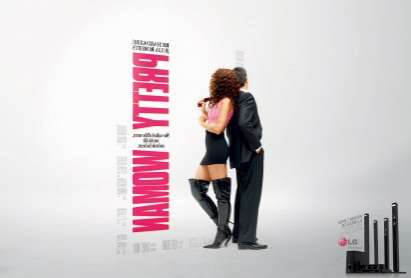 Meghan Young — April 21, 2012 — Marketing
References: yr & ibelieveinadv
Share on Facebook Share on Twitter Share on LinkedIn Share on Pinterest
It is immediately apparent that there is something off about the iconic movie posters used in the LG Home Theater 3D Sound ad campaign. Although they look almost spot on, from the poses to the typography, something is just not right. Oh yes, each one has been captured backwards! By doing so, the ad campaign shows how the system promoted provides every side of the sound, as stated in the tag line.