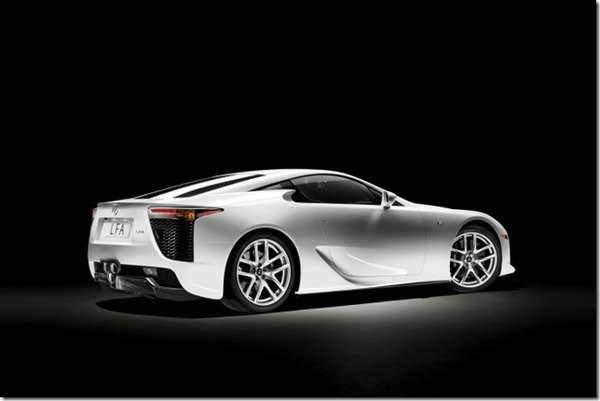 The 2012 Lexus LFA Luxury Sportscar has a Hefty Price Tag

Taylor Keefe — October 17, 2011 — Autos
References: techgatz & deemurthy.wordpress
Share on Facebook Share on Twitter Share on LinkedIn Share on Pinterest
Lexus is at it again with their new super sports car the 2012 LFA. Limited to only 500 and production ending at the end of the year, this luxury roadster will be one of the rarest produced and most sought after for Lexus.

The 2012 LFA boasts a mammoth 4.8L, V-10 engine that churns out an exhilarating 552 horsepower; however, those specs pale in comparison to the price tag. The new LFA will cost you a measly $375,000 (US), compound that number with the limited amount for production, and this is sure to attract the most affluent collectors.

However, if you live in the Los Angeles area, you would have noticed an abundance of billboards for the supercar as part of an aggressive ad campaign by Lexus. They must not be aware the current economic climate seeing that most people can barely afford to buy a Prius.
3.7
Score
Popularity
Activity
Freshness
Jeremy Gutsche Keynote Speaker