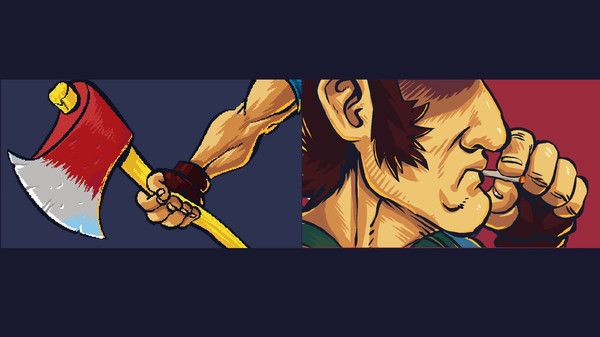 Justin Lam — February 27, 2018 — Tech
References: store.steampowered & indiegames
Share on Facebook Share on Twitter Share on LinkedIn Share on Pinterest
Combining sidescrolling games and B-Movies has never been as well done as it has in Level 99 Axe Rage. This quirky 2D action game was developed by Master UOMU and is the first release from this developer. Taking inspiration from games such as Megaman X, Castlevania, Street fighter and Super Metroid, Level 99 Axe Rage uses 2D sidescrolling gameplay in the form of combat, puzzle solving and basic platforming.

The story behind Level 99 Axe Rage was heavily inspired by B-Movies of the 80's and 90's, and features familiar tropes such as Gore, fantasy sci-fi, robots, aliens and apocalyptic scenarios. The game places players in the shoes of an axe wielding acrobatic protagonist and gives them the simple job of clearing out screen after screen of enemies. The concept is quite simple, but it works in such a flawless way that players will not need anymore. The game is quite challenging and players used to 2D sidescrollers will find their skills tested in Level 99 Axe Rage.
1.7
Score
Popularity
Activity
Freshness
Get Better and Faster