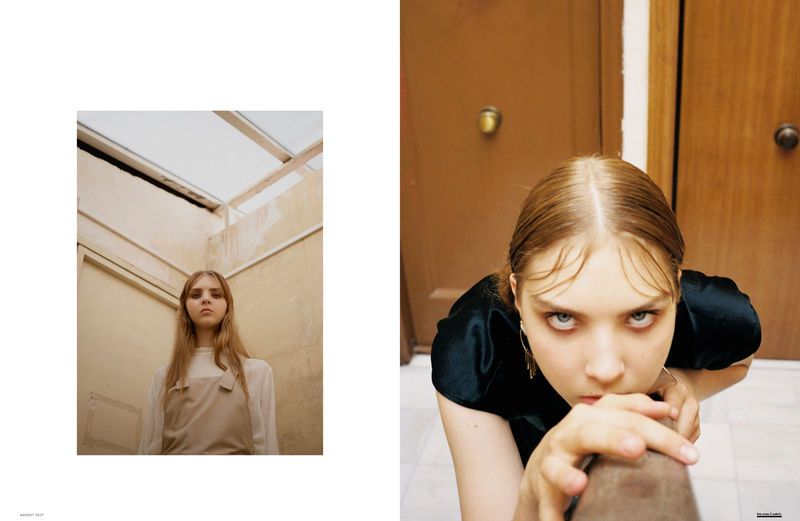 Jana Pijak — August 17, 2017 — Fashion
References: theones2watch
Share on Facebook Share on Twitter Share on LinkedIn Share on Pinterest
Swedish vampire film Let the Right One In is a story of a bullied boy whose newfound friend is not who she seems, and is the inspiration behind this bold editorial for The Ones 2 Watch. Named after the film, the editorial is captured by photographer Elisa Carnicer, who recreates its moody, and candid aesthetic.

Starring model Masha Tsarykevich, this image series is captured in the halls of a residential building and consists of portraits that are candid, seductive, and mysterious. While not a literal recreation of Let the Right One In, Elisa Carnicer's photography draws inspiration from the film's visual color scheme, and overall style -- qualities that instantly jump out for fans of the cult classic.

Styling for the editorial is courtesy of Lucas Asin. who joins forces with Esther Monbel, in charge of the series' bare-faced makeup, and natural hair looks.