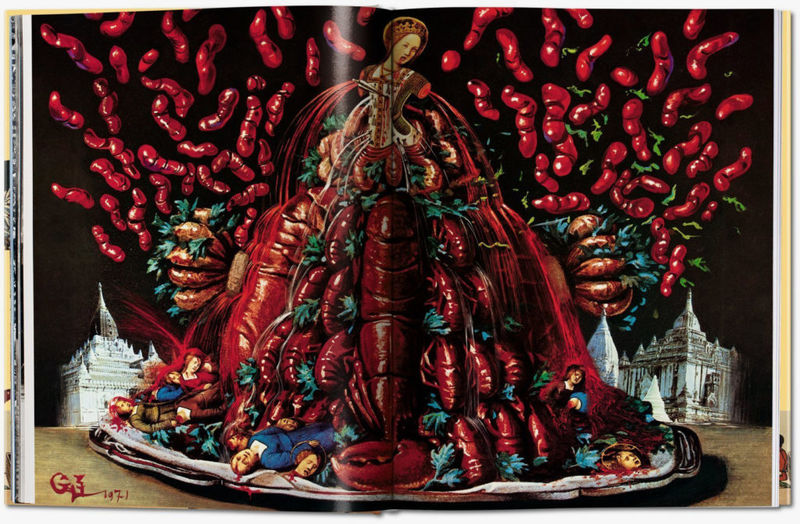 Joey Haar — October 4, 2016 — Lifestyle
References: taschen & wired
Share on Facebook Share on Twitter Share on LinkedIn Share on Pinterest
For anyone who ever thought there was something vaguely prandial about Salvador Dali's painting, be it the fried egg clocks or the frequent appearance of pomegranates, 'Les Diners de Gala' offers the opportunity to bring those surrealist cravings to life. The book, printed by publisher Taschen, is a cookbook written by Dali and his wife Gala, which, after falling into obscurity and rarity, is finally back as a reprint.

Salvador and Gala were known during their time to throw lavish dinner parties worthy of the surrealism in the painter's art. As such, they released Les Diners de Gala in the early 1970s, toward the end of their careers.

The reprint is filled with 136 recipes, which include expectedly absurd illustrations. According to Dali himself, "if you are a disciple of one of those calorie-counters who turn the joys of eating into a form of punishment, close this book at once; it is too lively, too aggressive, and far too impertinent."
3.7
Score
Popularity
Activity
Freshness
Attend Future Festival Virtual