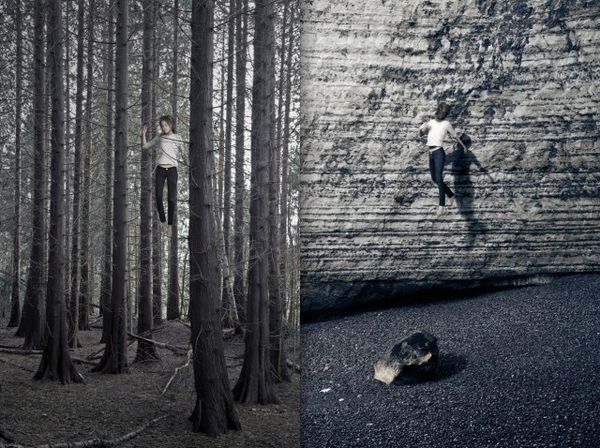 Meghan Young — April 11, 2014 — Fashion
References: victoireletarnec & fubiz.net
Share on Facebook Share on Twitter Share on LinkedIn Share on Pinterest
As though experiencing an impossible moment of zero gravity in earthbound places, the photo series titled Le Saut by Victoire Le Tarnec, a French photographer, captures people jumping higher than humanly possible. Whether in the middle of a forest or a city, they soar at least 10 feet off of the ground in a surreal and, strangely, serene way.

Instead of being full of incredulous energy, the models shot in Le Saut by Victoire Le Tarnec appear nonplussed by their sudden superhero capabilities. This makes the photo series even more eye-catching. It also gives people a chance to focus on the scene as a whole and not just the person it in. Gorgeously cinematic, there is a quietness to each capture that is accentuated by muted colors and no other presence.
5.3
Score
Popularity
Activity
Freshness
Get the 2021 Trend Report FREE