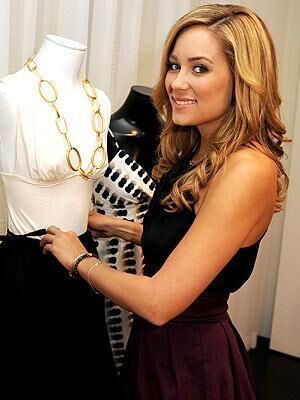 It seems a little ironic that in a time when there is so much hype around the decline of print publications, that so many celebrities are eager to jump into the printed book scene. Mary-Kate and Ashley Olsen just launched their book this week too. Perhaps it's because this is their last chance before the publishing world moves predominantly to e-books, or maybe people like Lauren Conrad want to have themselves forever preserved the old fashioned, more 'prestigious' way.

"It’s definitely influenced by my own life,” Lauren Conrad told People Magazine. "The books are about a girl who moves to L.A. and stars in a reality show, so obviously there are some similarities. I’m not trying to do a fictional story based on all my friends in my real life because their stories aren’t really mine to tell."

It's incredible to think that reality shows, an essentially unheard of form of entertainment a decade ago, have become so iconic of modern pop culture that we now herald their 'actors' in so many different ways. Lauren Conrad was practically unknown before she made her debut on The Hills, and today she's writing her own books, which will no doubt be gobbled up by tweens and teen girls who idolize her show, clothing line and fashion sense.
1.8
Score
Popularity
Activity
Freshness
Access Advisory Services