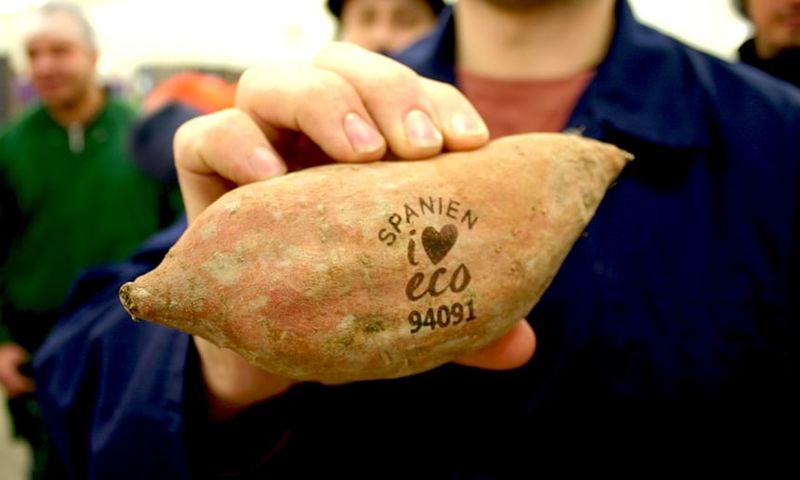 Riley von Niessen — August 10, 2017 — Lifestyle
References: bbc & theguardian
Share on Facebook Share on Twitter Share on LinkedIn Share on Pinterest
As The Guardian reports, supermarkets across Sweden have been testing out new ways to reduce the amount of waste that they're responsible for by laser-branding their fresh fruits and vegetables. In doing so, they save on the disposable plastic stickers that are traditionally used to mark produce. In addition, this alternative branding technique saves on energy and CO2 emissions, making it substantially better for the environment.

To laser-brand their produce, supermarkets like M&S use a powerful light to remove some of the pigment from the skin -- ensuring that the produce isn't damaged in any way. Peter Hagg, an ICA business unit manager, explained the importance of this practice by saying, "By using natural branding on all the organic avocados we would sell in one year we will save 200km (135 miles) of plastic 30cm wide. It’s small but I think it adds up."

By continuing to laser-brand their fresh fruits and vegetables, these supermarkets set an environmentally conscious example for others. As this practice doesn't cost anymore than traditional branding techniques, it's an easy way to reduce waste on a large scale when more brands take part in it as well.
4.7
Score
Popularity
Activity
Freshness
Access Advisory Services