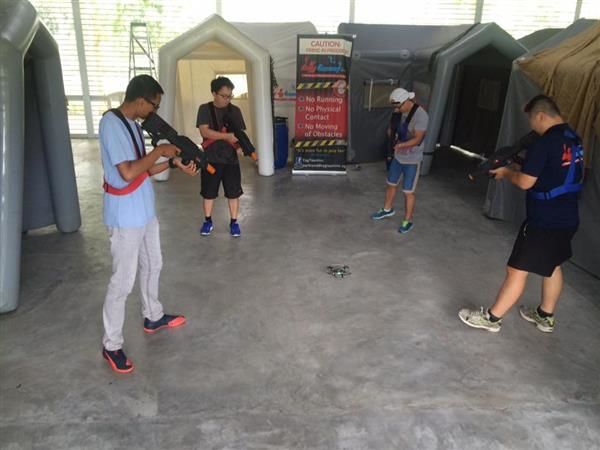 Laura McQuarrie — July 5, 2017 — Tech
References: facebook & 3ders.org
Tag Team Inc. is a start-up based out of Singapore that is on a mission to reinvent the game of laser tag with the latest, cutting-edge technologies. Although there are plenty of technologies that are powered by artificial intelligence, 3D printing and drones, a game of laser tag from Tag Team features all of the above.

An interactive Mixed Reality tag game involves next-level challenges, such as flying drones that attempt to shoot players. These opponents can be defeated if a team works together and collectively manages to shoot the infrared-sensitive drone 20 times.

Other high-tech elements to gameplay include reinvented weapons like swords and bows, which may also be used to take down enemies.
6.3
Score
Popularity
Activity
Freshness