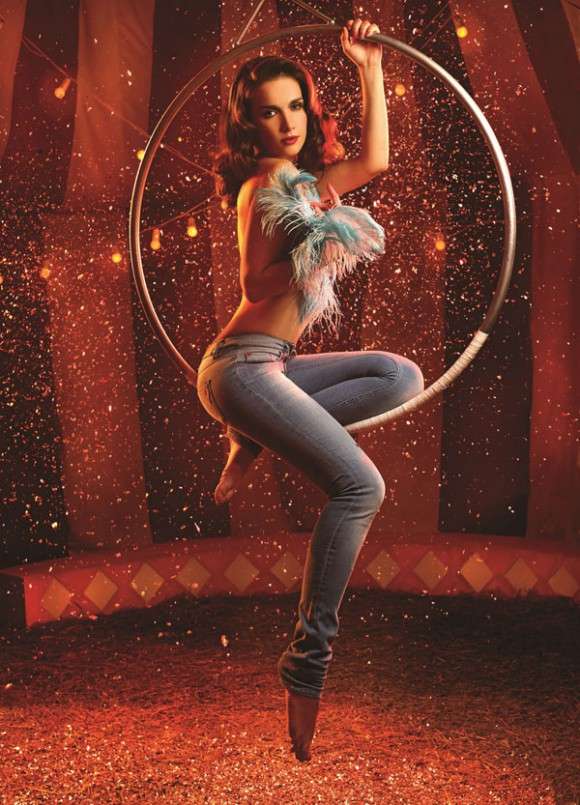 Meghan Young — September 4, 2011 — Fashion
References: lasoreiro & whitezine
Although the circus theme has been used time and again by the fashion industry, the Las Oreiro 2012 ad campaign gives it a subtle twist. Instead of focusing on the seedy side of such traveling acts, this collection of images gives them a dose of glamor and elegance as though to recall the days when the circus was celebrated rather than shunned.

Starring the beautiful and acrobatic model Natalia Oreiro, the Las Oreiro 2012 ad campaign shows off the sophisticated Spanish style stunningly. In fact, it gives the fashion label a much-needed air of playfulness, since the clothing on its own can seem rather constricting and conservative (though undeniably sexy and feminine as well).
5.9
Score
Popularity
Activity
Freshness