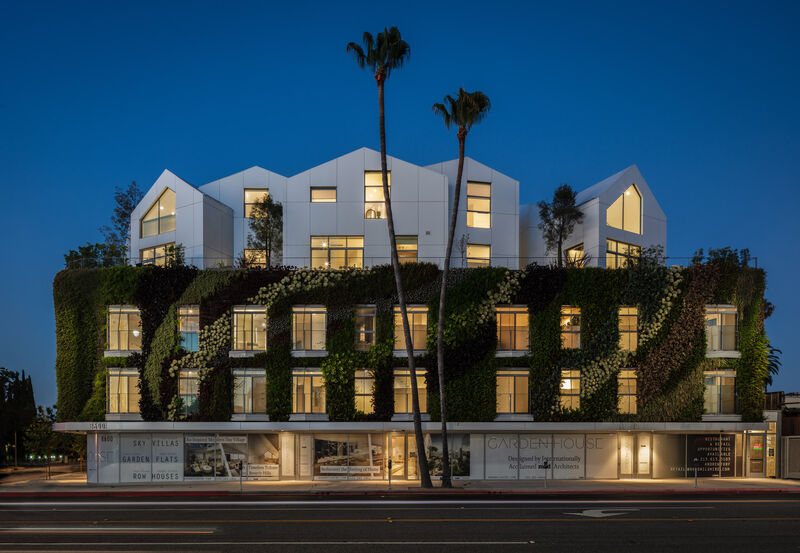 Kalina Nedelcheva — August 27, 2020 — Art & Design
References: i-mad & dezeen
Share on Facebook Share on Twitter Share on LinkedIn Share on Pinterest
The "largest living wall" in America is apparently located in the posh neighborhood of Beverly Hills. The vegetation surrounds the Gardenhouse residential building which was developed by Chinese firm MAD. The idea behind the green-forward aesthetic was to create the illusion that the house is actually "a village on top of a hill." The silhouette cuts close as the development presents 18 gabled residencies that enclose an inner courtyard. This is the first completed project by MAD in the US.

The "largest living wall" is composed out of "native planting, drought-tolerant succulents, and vine." The Gardenhouse residency is not only impressive in terms of aesthetic but it also has allowed MAD to experiment with its "Shanshui City concept." Through it, the firm tries to "translate Chineses landscape paintings, known as shan-shui, into architecture."