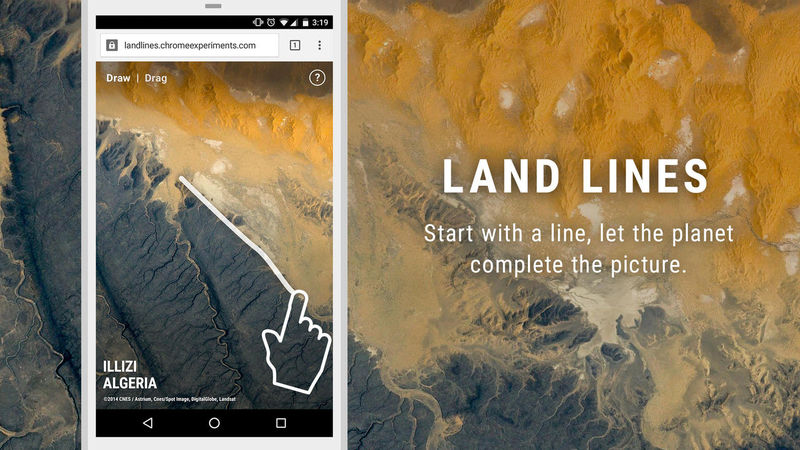 Joey Haar — December 20, 2016 — World
References: lines.chromeexperiments & archdaily
Share on Facebook Share on Twitter Share on LinkedIn Share on Pinterest
Satellite images give photographs of geography, a plainly scientific endeavor, but 'Land Lines' is a creative game that turns those images into freely flowing art. The app, designed by the Data Arts Team and researchers from the Chrome Experiment, immediately processes users line drawings and generates sections of Google Maps from all around the world to find the geographical feature that most closely matches those lines.

Land Lines has two features: Draw and Drag. With the Draw feature, users can pull their cursors along a short section and release, and the app will place the subsequent line on a map in such a way that it matches the local features. Drag, on the other hand, is more random and free flowing, with users dragging a line that moves through randomly generated map squares.
0.7
Score
Popularity
Activity
Freshness
Attend Future Festival