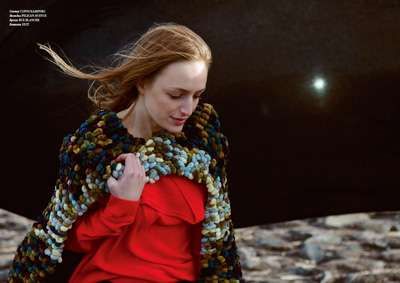 'On The North Sea' by Lalo Gonzalez Features a Chilly Scene

This chilly-looking, mainly black and white shoot features 'Megan' of Models by Keen posing with a glum attitude as she walks along the shores of a deserted beach. With styling and production by Kim Peers, the 'On The North Sea' shoot by Lalo Gonzalez showcases fall- and winter-worthy pieces from designers like Dries Van Noten, Ann Demeulemeester, Haider Ackermann, Opening Ceremony and Theyskens Theory, among others. The looks are soft and laid-back, featuring full wool skirts and coats, plush knit sweaters and cardigans and over-sized cozy shawls.