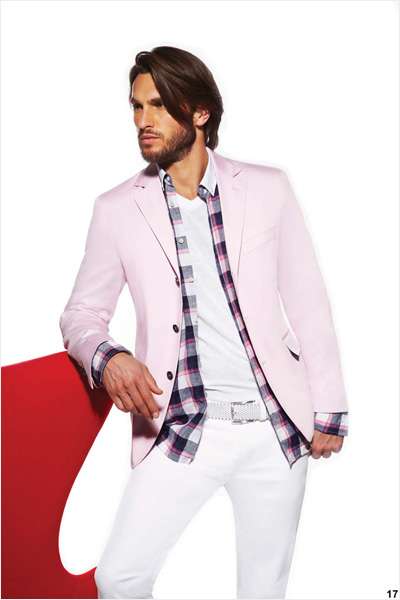 Featuring model Jake Davies, the Lagerfeld Spring 2012 lookbook is photographed by Xiang Sun and showcases a series of preppy and put-together menswear ensembles in materials like denim, leather and cotton jersey. Featured are classic looks, with everything from a polished, pastel pink blazer and plaid shirt combo to a nautical-inspired look that includes a navy striped shirt and double-breasted white jacket. Smart suits run the gamut, including one in slate, one in white and another in royal blue. Overall, the styles are crisp and clean, exemplified by the pristine white backdrop with a bright red chair as the only prop.
4.3
Score
Popularity
Activity
Freshness
Get the 2021 Trend Report FREE