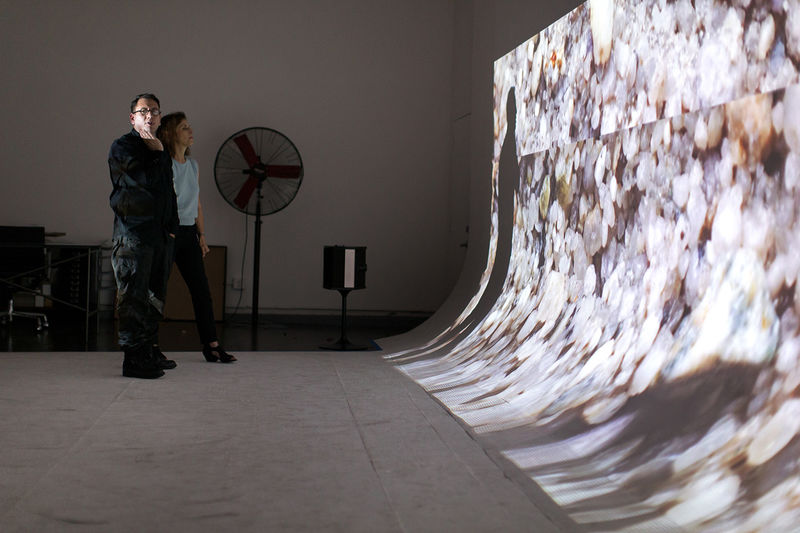 UnderLA Turns the LA River into a Temporary Art Project

Joey Haar — July 26, 2016 — Eco
References: currentla.org & fastcoexist
Los Angeles is known for a lot of things, but an abundance of water sources isn't one of them, which is why a public art biennial called Current:LA Water is drawing attention to the LA River with its UnderLA exhibit. The art installation shines complex light murals along the concrete banks of the river that flows near downtown LA, and the messages portrayed in the projections are as illuminating as the medium itself.

Refik Anadol and Peggy Weil, the artists behind the exhibit, focus on water conservation in their installation. Though the LA River's man-made banks were initially built to withhold frequent flooding in the early 20th century, today the river is substantially lower. The projections on UnderLA's light mural give poetic depictions of things like sediment layers in local wells and how drought has caused water levels to fall.
1.8
Score
Popularity
Activity
Freshness