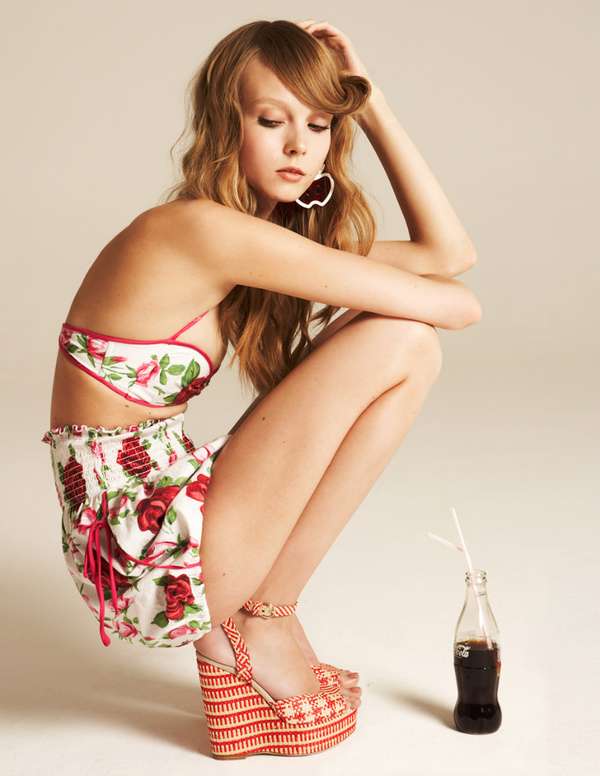 One of the reasons the Kristy Kaurova Velour Magazine August 2011 editorial works so well is that it benefits from a bare bones set. There's nothing in the background except a plain, tan wall, forcing the viewer to focus on Kaurova's slender body, angular face, and her incredible "girl next door" outfits.

My favorite photograph in the Kristy Kaurova Velour Magazine August 2011 shoot sees the 23-year-old Russian stunner with her arms stretched over her head, her face angled downward in an expression that is equal parts blase and alluring. The short white dress is emblematic of the editorial's theme -- so basic as to seem deliberately bland, but rapturously sexual.
6.4
Score
Popularity
Activity
Freshness