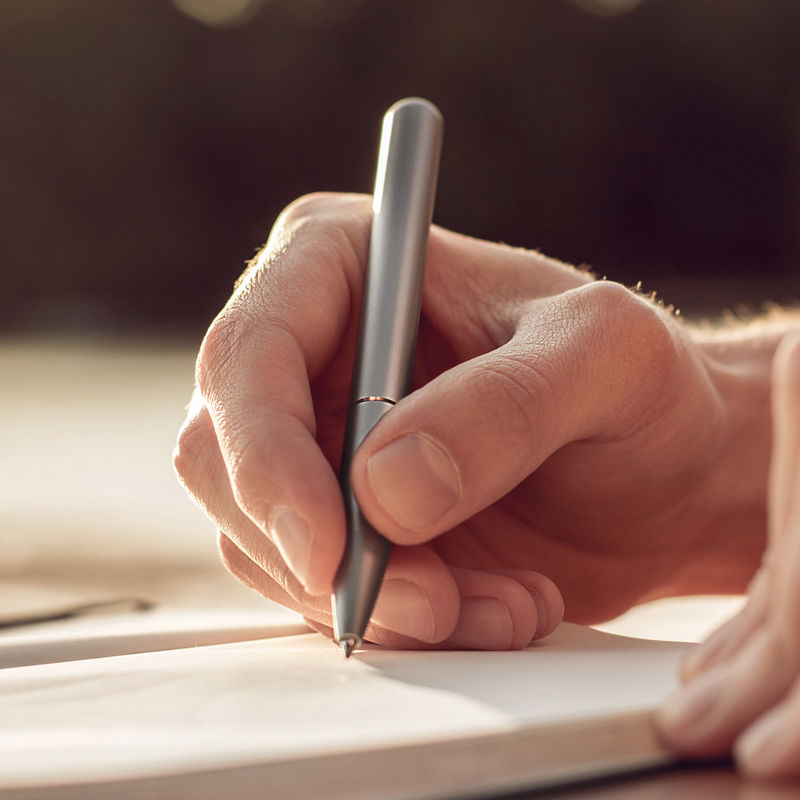 The KOSMOS Pen's Perfectly Balanced Design is from Natural Principles

Joey Haar — August 17, 2016 — Art & Design
References: stilform-design.de & kickstarter
Share on Facebook Share on Twitter Share on LinkedIn Share on Pinterest
The KOSMOS pen is an award-winning writing implement with a minimalist design that takes inspiration from nature. The pen, which received the 2016 Red Dot Design Award, is based on the Golden Ratio, a mathematical principle that can be found frequently in the natural world, from seashells to sunflowers to spiraling galaxies.

While the KOSMOS pen might look like a simple cylinder, every aspect of the pen's design is informed by the Golden Ratio of 1.618 (so named because of the ratio's adherence to the Fibonacci Sequence.) For instance, the pen's body is 61.8 percent of the total length, and the pen's diameter is precisely the length of the third unit in the pen's Golden Ratio sequence. Using these natural design principles, the pen has a perfectly centered balance point that allows for smooth writing.
5.3
Score
Popularity
Activity
Freshness
Attend Future Festival