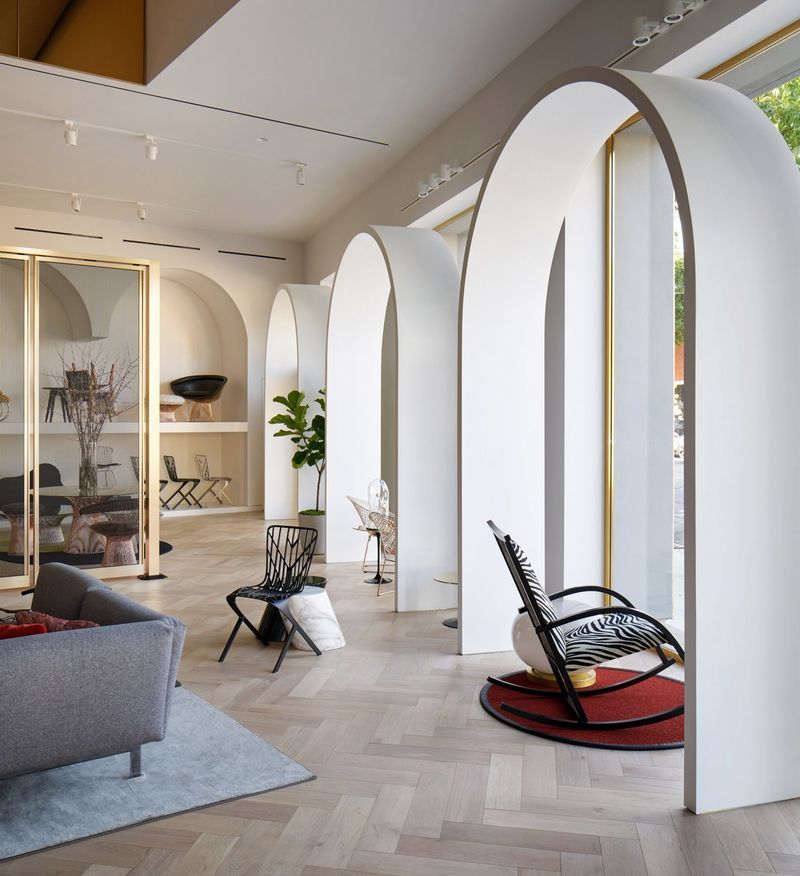 Joey Haar — January 26, 2018 — Art & Design
References: knoll & dezeen
Share on Facebook Share on Twitter Share on LinkedIn Share on Pinterest
Moorish architecture and design is both distinct and influential, so much so that it's spread halfway across the world to inspire the new Knoll LA store. The furniture retail location, which is in West Hollywood, features successive arched entryways that characterize the art of the Iberian Moors, with specific inspiration from York Castle in Tangiers, Morocco.

In the early sixties, Yves Vidal, the president of Knoll International at the time, took ownership of York Castle, a crumbling fortress in Tangiers. There he staged what would become a famous display of furniture, itself inspired by Knoll's revolutionary decision to arrange its wares as they'd be placed in a home (as opposed to putting all the chairs in one room and all the tables in another). The Knoll LA store is thus directly inspired by that lineage.
5.6
Score
Popularity
Activity
Freshness
Get Better and Faster