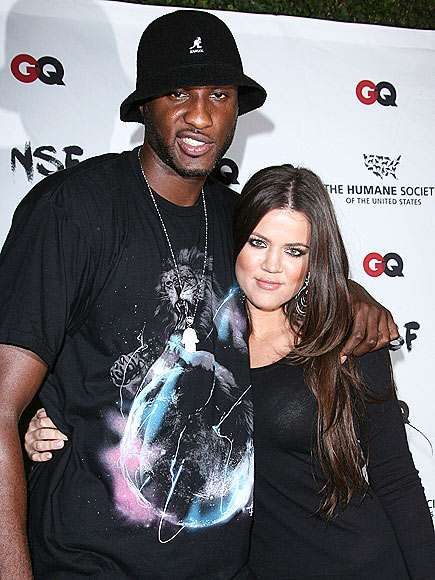 Katherinev123 — September 28, 2009 — Pop Culture
References: thehollywoodgossip & people
Share on Facebook Share on Twitter Share on LinkedIn Share on Pinterest
Khloe Kardashian and Lamar Odom are married, after only one month of being together. It seems celebs these days are getting hitched faster than you can say ‘reality TV show’ (or ‘who’s Khloe Kardashian?’). And if it’s not a quick wedding, it’s a very, very, very private one.

People.com, presumably inspired by Khloe Kardashian and Lamar Odom, created a list of celebs who have either jumped on the wedding wagon quickly or have dashed off to some secretive place to say their vows. Included in the list are Jessica Alba and Cash Warren, whose intimate marriage took place at the Beverly Hills Municipal Court; Scarlett Johansson and Ryan Reynolds, who chose a remote wilderness retreat as the setting for their wedding; and Mariah Carey and Nick Cannon, who tied the knot just weeks after their courtship began.
2.2
Score
Popularity
Activity
Freshness
Get Trend Hunter Dashboard