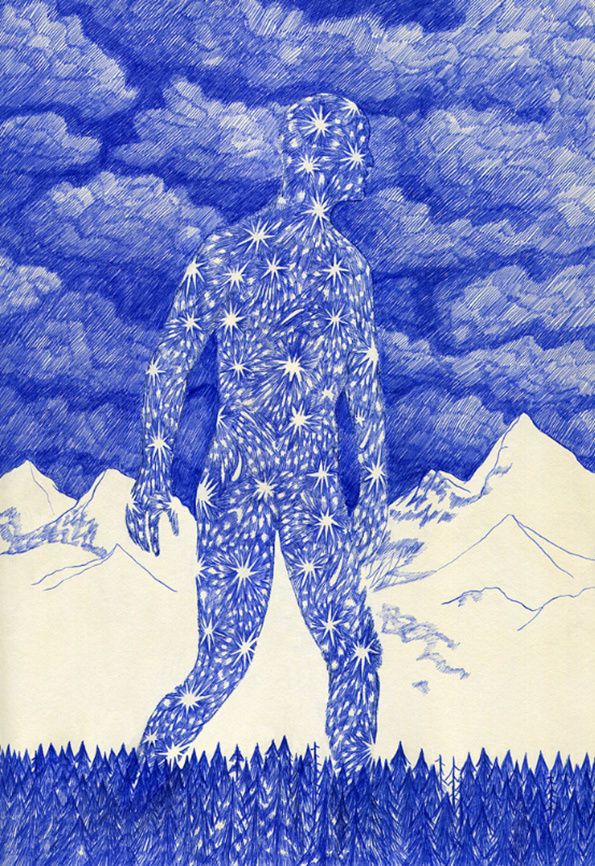 Meghan Young — April 30, 2014 — Art & Design
References: kevinlucbert & itsnicethat
Share on Facebook Share on Twitter Share on LinkedIn Share on Pinterest
Blue penned artworks seem like something that only manifests in doodles on school notepads and textbooks, but Kevin Lucbert shows it can be much more than that. Kevin Lucbert uses the indigo ink to capture mystical images such as doorways into parallel dimensions, suburban streets with a mystical glimmer and a white-robed sorcerer strolling through an enchanted forest.

A French artist splitting his time between Paris, France, and Berlin, Germany, Kevin Lucbert manages to imbue his artwork with an impressive amount of detail. From the intricate imagery itself to the various examples of shading, Kevin Lucbert's biro illustrations will captivate many. He is also known for live performances, exhibits and executing drawings for the French press.
1.7
Score
Popularity
Activity
Freshness
View Innovation Webinars