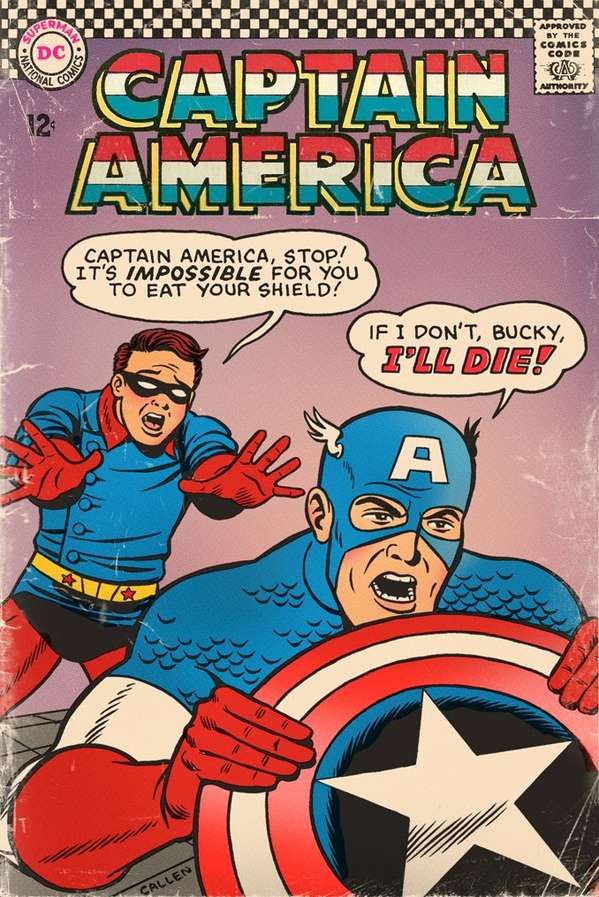 Jason Soy — May 4, 2011 — Pop Culture
References: kerrycallen.blogspot
Share on Facebook Share on Twitter Share on LinkedIn Share on Pinterest
Golden age comics are getting a humorous modern update, thanks to Kerry Callen. Hallmark Cards worker by day, Callen painstakingly recreates iconic pages from comic books and highlights the absurdity of the images through dialogue changes, inclusion of random characters, and flat-out changing a character's appearance (check out Spiderman's new girth).

Callen's attention to detail is spot on as he not only replicates the original artwork of some of comicdom's most legendary artists, but also includes the paper creases and worn-out colors of the original pieces to ensure that vintage, used look. And, of course, he does this all while making the superheroes themselves look like immature, incompetent imbeciles.

Superheroes aren't Kerry Callen's only targets, however. Some of his other victims include Star Wars characters, literary characters like Don Quixote, and even celebrities like Jack Nicholson. You can find more of Kerry Callen's work on his personal blog.
5.4
Score
Popularity
Activity
Freshness
Access Advisory Services