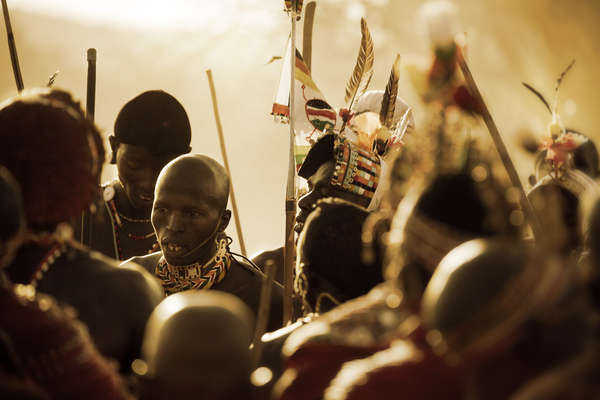 Meghan Young — July 4, 2013 — Fashion
References: arroyodiego & behance.net
KENYA by Diego Arroyo, a photographer based in Amsterdam, Netherlands, is a series of portraits that captures the majestic side of the East Africa state. Including both man and animal, the shots are deep and dark with a fullness of emotion that will strike a cord in anyone's heart.

Whether it is a man with his fellow warriors dressed in colorful beads and carrying sticks or a lone child in dirty clothing with big tearful eyes, KENYA by Diego Arroyo gives people a glimpse into lives from across the world. Living closer to nature than most, especially Westerners, it is only natural that Arroyo would juxtapose them with captures of their native beasts from zebras to giraffes. The landscapes are also stunning.
2.2
Score
Popularity
Activity
Freshness