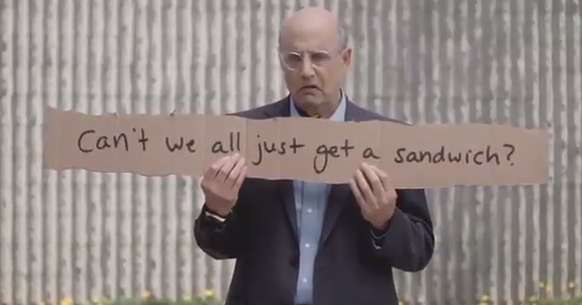 The Miracle Whip 'Keep an Open Mouth' Campaign is Hilarious

Vivian Lau — June 14, 2012 — Marketing
References: facebook & youtube
Though PSAs have all the right intentions and support noble causes, sometimes the combination of a serious tone and soft soundtrack choice makes for a very cheesy commercial; an effect that the Miracle Whip 'Keep an Open Mouth' campaign capitalizes on.

In an effort to combat the negative stigma of fat-heavy spreads like margarine and butter, the 'Keep An Open Mouth' campaign parodies the mood captured in a PSA to encourage customers to try the product. Packing the hilarious clips with stars like Wynonna Judd, Jeffrey Tambor and Michael Ian, each spot pleads viewers to sign the pledge like they did.

With the ads themed after pet-adoption ads and statistic-giving disease commercials, the clips are seriously effective in promoting the product while offering comical commentary on society.