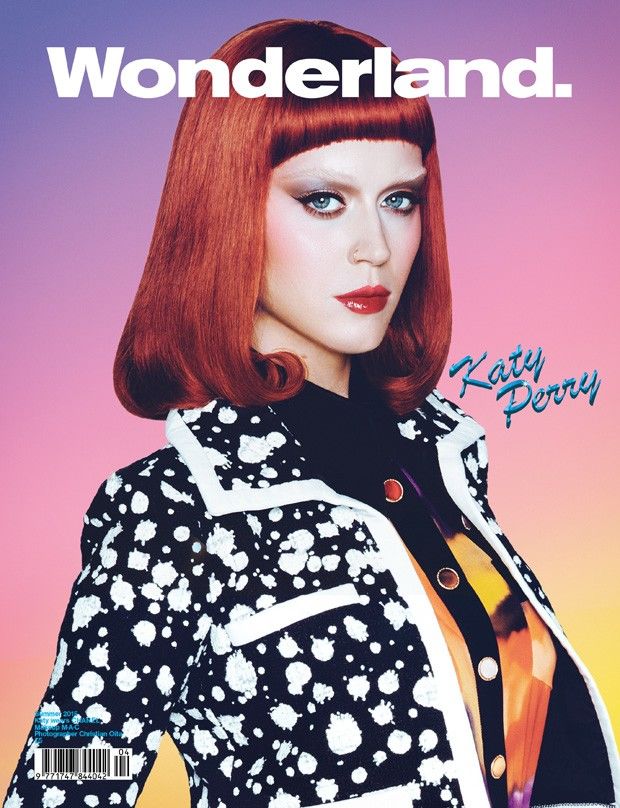 Jana Pijak — May 4, 2015 — Fashion
References: designscene.net
The Katy Perry Wonderland cover story shows off the signer's daring sense of style. The star pulls off two dramatic transformations and poses for three collector's covers. Katy channels a 60s fashionista with bright red locks and also plays the role of a platinum-haired 80s vixen with a short and edgy haircut.

Katy Perry is not only a Covergirl spokesperson but is also the new cover star of Wonderland's Summer 2015 edition. She poses in a couture-clad wardrobe and is captured by photographer Christian Oita's lens.

In addition to sporting a myriad of fun wigs by hair stylist Shlomi Mor, Katy also pulls off bleached brows and dynamic makeup looks by Jake Bailey. Styling for the Katy Perry Wonderland exclusive is courtesy of Danielle Emerson who hand-picks the singer's whimsical garments. In an effort to reach a more diverse demographic, edgy style publications are appealing to mass audiences with the help of mainstream celebrities. Even though Katy Perry is known as a daring fashion fan, her look is taken to new heights with the help of Wonderland's styling team.