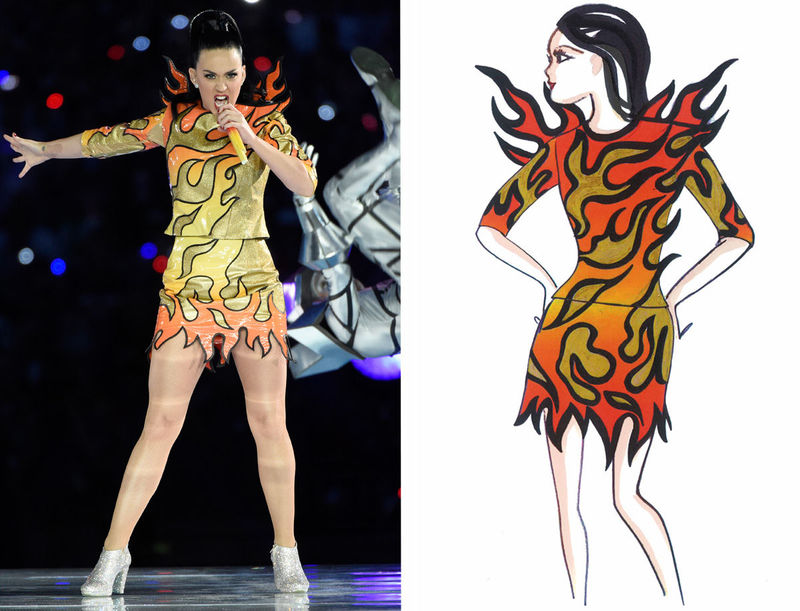 These Katy Perry Halftime Outfits are Created by Jeremy Scott

The four included a flame-accented cocktail dress and a shimmering jersey that she wore during a dance break with rapper Missy Elliot. The singer also wore a vintage-themed beach ball dress and a firework-inspired gown that shimmered as she flew above the stadium's crowd.

Designed by Jeremy Scott, these outfits are whimsical, fun and feminine. His set of gorgeous fashion sketches was just released following the Katy Perry halftime show and will appeal to style-obsessed music fans.