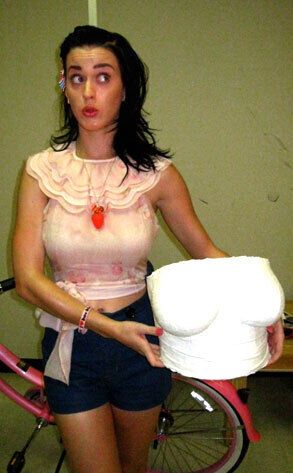 We introduced the concept a month ago when Katy Perry began the process, but the sculpture has now been revealed.

The charity is getting a ton of publicity thanks to headlines like “Katy Perry Shows Off Her Breast,” which comes to us from E! Online.