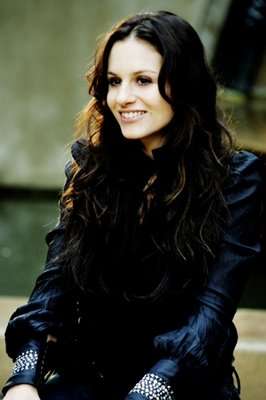 Bianca — January 14, 2009 — Celebs
References: trendhunter
Kara DioGuardi, the newly added fourth host of American Idol, is adding a much needed rocker edge to the TV show. After complaints the show was getting too dull with guest stars like Dolly Parton, Idol producers began innovating to spice up the talent contest.

While Paula Abdul's fashion style can be described as feminine and 'trendy,' Kara DioGuardi is adding some much-needed contrast to the show with her edgier, mostly black, wardrobe.

The gallery shows some of the looks Kara DioGuardi has been spotted in, likely the starter wardrobe of a fashion icon in the making.
2.1
Score
Popularity
Activity
Freshness