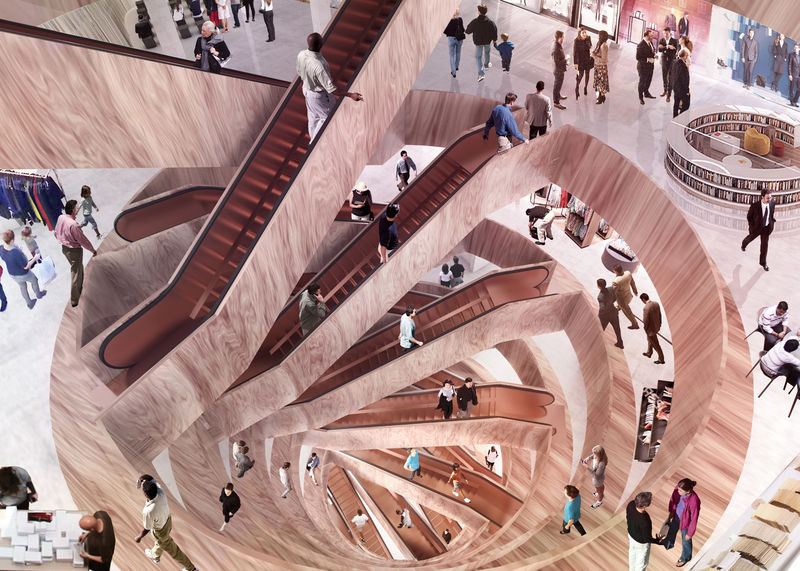 The KaDeWe Department Store is Set to Receive An Upgrade

Katherine Pendrill — January 20, 2016 — Art & Design
References: oma.eu & dezeen
Share on Facebook Share on Twitter Share on LinkedIn Share on Pinterest
Rotterdam-based arcitecture firm OMA recently released its plans for renovating the KaDeWe Department Store in Berlin, Germany. While the 60,000 square meter department store has been a fixture for many years, the massive retail outlet is poised to receive a contemporary update.

KaDeWe Department Store is housed inside a century-old building in the heart of Berlin. The plans for the renovation involve splitting the store up into distinct quadrants, each of which will have a distinct entrance and circulation space. Giving each space its own identity is intended to complement change consumer preferences and the growing shift towards online shopping. As OMA explains, "The new components fragment the original mass into smaller, easily accessible and navigable components."