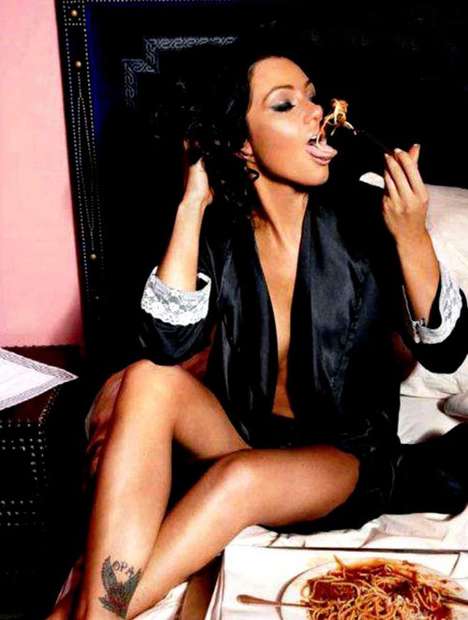 Meghan Young — July 11, 2011 — Fashion
References: maxim & perezhilton
It seems like one 'Jersey Shore' star likes her pasta in bed as much as she likes stripping down for men's magazines by the looks of this JWoww Maxim photo spread. Considering that there is now photographic evidence of the former and that this is the second time she has posed for Maxim magazine, it is safe to assume that both of these statements are relatively true.

Photographed by Antoine Verglas, the JWoww Maxim photo spread is part of the magazine's latest issue. Dressed in nothing but sultry and sexy lingerie, she shows off her svelte frame, which incidentally appears to be getting leaner and leaner. Incredibly photogenic with an easy, seductive expression, Jenni Farley could pursue a career in modeling if the reality TV stint ever falters.
5.6
Score
Popularity
Activity
Freshness