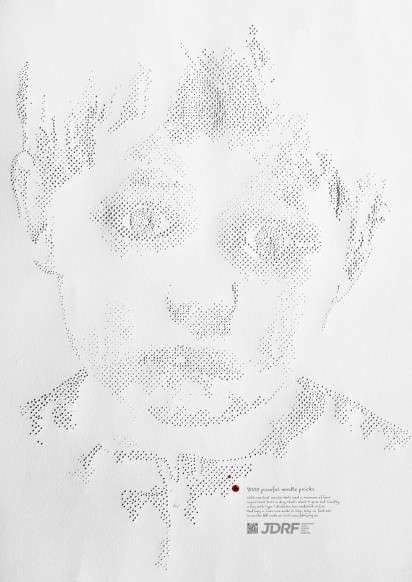 Meghan Young — November 15, 2012 — Marketing
References: gpyr.au & ibelieveinadv
Share on Facebook Share on Twitter Share on LinkedIn Share on Pinterest
The Juvenile Diabetes Research Foundation ad campaign can be interpreted two ways. The first one is intentional. While the portrait of 10-year-old Sophie is made up of 20,000 painful needle pricks, which is what she has endured this the onset of her disease, 4-year-old Timothy's portrait is made up of 9,000 pricks. This cleverly depicts what they have to go through to stay healthy. It also results in ghostly depictions of who they are, as though they suffer under everyone else's radars.