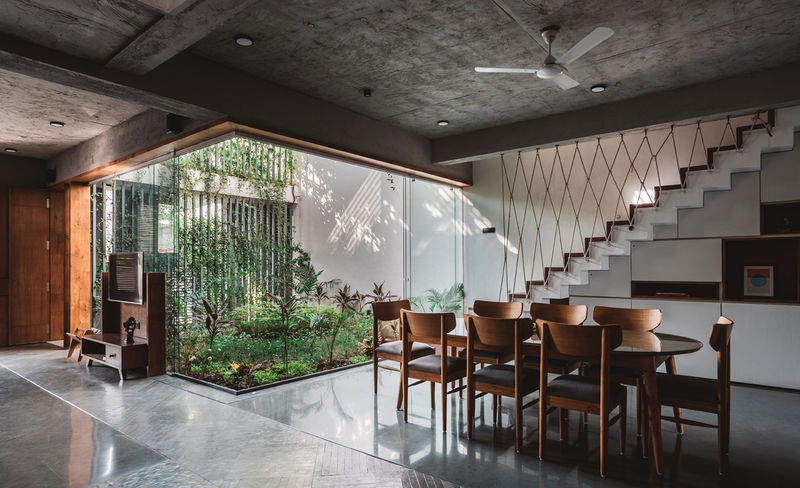 'Jungalow House' is a Fitting Abode for an Agriculturalist

Joey Haar — January 4, 2018 — Art & Design
References: archdaily
Share on Facebook Share on Twitter Share on LinkedIn Share on Pinterest
People caution workaholics against bringing their work home with them, but in the case of the residents of 'Jungalow House', the habit is excusable, if not downright encouraged. The home, which is owned by an agriculturalist and his family, is packed full of plants and greenery, with various garden nurseries spilling off the balconies, covering the roof, and even occupying a central courtyard.

Despite the suggestion in its name, Jungalow House isn't a bungalow. On the contrary, it has three stories as well as an underground garage. That inconsistency can be forgiven, though, if only because the jungle aspect of the portmanteau is so on the nose. Indeed, the home is bursting with local, natural flora that is constantly kept in good condition thanks to the professional skill of the residents.
7
Score
Popularity
Activity
Freshness
Get Trend Hunter Dashboard