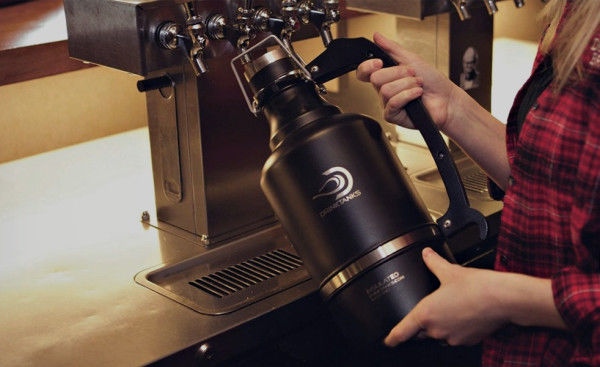 Michael Hines — March 9, 2015 — Lifestyle
References: kickstarter & thatsnerdalicious
DrinkTanks is making sure you never, ever run out of beer again with the Juggernaut Growler. This growler is designed to hold a whopping 128 ounces of beer. That's about 11 cans of beer or eight pints at the bar. Chances are it's all the beer you'll need.

DrinkTanks is not new to the growler game, having released a growler back in 2013 that could keep 64 ounces of liquid cold for up to 24 hours (and hot for 12). In addition to being used to hold beer, the Juggernaut Growler can also be used to home brew beer and make kombucha. While 128 ounces of beer sounds like overkill, it makes sense if you're looking to take a special blend of craft beer to a picnic or party. After all, when is having 128 ounces of good beer ever a bad thing?
3.5
Score
Popularity
Activity
Freshness