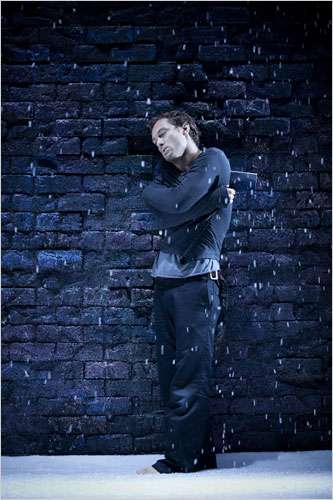 The 12-week successful performances in London from May to August proved Mr. Law, a key role to attract young audiences, is a perfect choice.

As a break before moving to Broadway in mid-September, he and the other cast members, including Guru Mbatha-Raw as Ophelia, are now playing at Hamlet’s homeland - Kronborg Castle in Elsinore, Denmark. The 6-week performance even had the presence of the real-life prince of Denmark, Frederik, on the opening night.

The Shakespeare Sheist
Who Really Wrote The Plays

Broadway-Inspired Commercials
West Side Story Ads for the 2009 VMAs