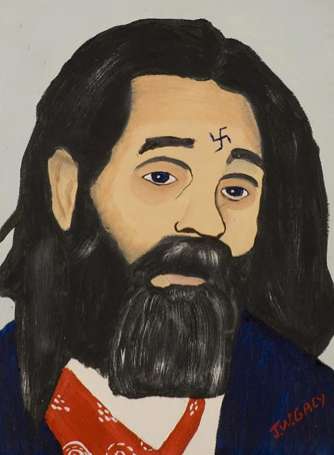 Peter Vallas — May 19, 2011 — Pop Culture
References: en.wikipedia.org & animalnewyork
Well-known serial killer John Wayne Gacy was one of the worst the world has ever seen. Also known as Pogo the Clown or Killer Clown, this rancid man brutally murdered 33 teenage boys. Many may not have known, but Gacy was also a bit of an artist, and before his conviction and death, he painted a series of over 70 artworks.

A Las Vegas art gallery gained possession of the Gacy’s artworks and decided to hold an exhibit for the selling of his controversial pieces. The paintings are priced between $2000 - $5000 and feature designs of clowns, celebrities and other serial killers.

Although it was noted highly controversial, all the profits for the paintings sold will go to the National Center for Victims of Crime to help those in need.
4.9
Score
Popularity
Activity
Freshness