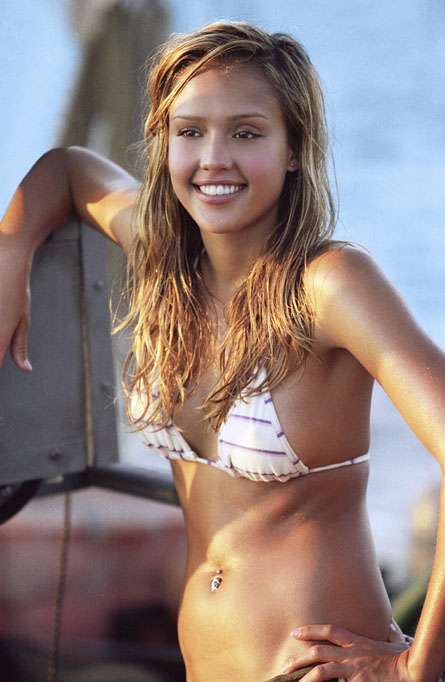 Jessica Alba Defends Herself On her Blog

Bianca — January 28, 2009 — Pop Culture
References: newsday
Share on Facebook Share on Twitter Share on LinkedIn Share on Pinterest
Jessica Alba has been ripped apart by blogs and news sources who are calling her dumb after she botched an answer to a reporter at Obama’s inauguration. She’s taken a stand on her blog though, firing back by judging Bill O’Reilly and TMZ instead.

When approached at inauguration by reporters, Jessica Alba tried to turn the tables and asked a journalist what he thought Obama’s greatest trait was. When the reporter expressed hesitation to give an answer, Alba say, “be neutral - be Sweden about it.”

What she meant, according to NewsDay, was Switzerland, referring to its neutrality in WWII. The speech blunder lead TMZ to call Jessica Alba an “arrogant buffoon” and “ditz.” Bill O’Reilly dug in further calling the actress a “pinhead.”

“I find it depressing that, in the midst of perhaps the most salient time in our country’s history, individuals are taking it upon themselves to encourage negativity and stupidity.

“Last week, Mr. Bill O’Reilly and some really classy sites (i.e. TMZ) insinuated I was dumb by claiming Sweden was a neutral country.

“I appreciate the fact that he is a news anchor and that gossip sites are inundated with intelligent reporting, but seriously people ... it’s so sad to me that you think the only neutral country during WWII was Switzerland.”

34 Incredible Jessica Alba Features
Throwing a Tantrum or Not, This Celeb is Hot