BNN: Jeremy Gutsche Judges Fashion and Laundry on The Pitch
Next
Set of
Related
Ideas 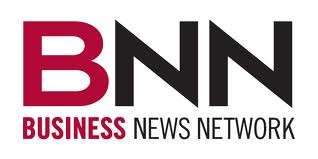 Armida Ascano — April 8, 2013 — About
References: watch.bnn
Share on Facebook Share on Twitter Share on LinkedIn Share on Pinterest
Developments in technology have blurred the lines between media forms (TV is on the Internet and phone calls are conducted via Skype) so it should come as no surprise that social media giant Facebook is releasing software for Android phones. Our Chief Trend Hunter, and innovation keynote speaker, Jeremy Gutsche discusses the news with Howard Green, exploring the implications of this development and weighing in on its pros and cons.

This particular episode of BNN's Headline provided commentary following the announcement of the Facebook phone in real time, opening up a unique opportunity for more raw discussion. Gutsche kicks off the conversation by helping define exactly what the Facebook Android operating software, deemed 'Home,' is. According to our Chief Trend Hunter Jeremy Gutsche, Home is less of a simple phone operating system and more of a platform to "make Facebook the starting point" of your mobile communication. He believes Facebook's mobile efforts signify its pursuit of a great advertising opportunity -- if Facebook were to combine the psychographic data it has accumulated as a social network with the location data it will receive through smartphones, it can revolutionize advertising.

Another point of discussion explored not only by Gutsche, but by his fellow interviewees Joseph Volpe of Engadgenet, Brian Sugarman of Omers Ventures and 19 year-old app developer Jordan Satok of AppHero is whether or not Facebook will lose its "cool." Though the answers to this question are mixed among Howard Green's guests, one things remains true: the release of a Facebook phone will change digital media in one way or another.
0.4
Score
Popularity
Activity
Freshness
Get Better and Faster