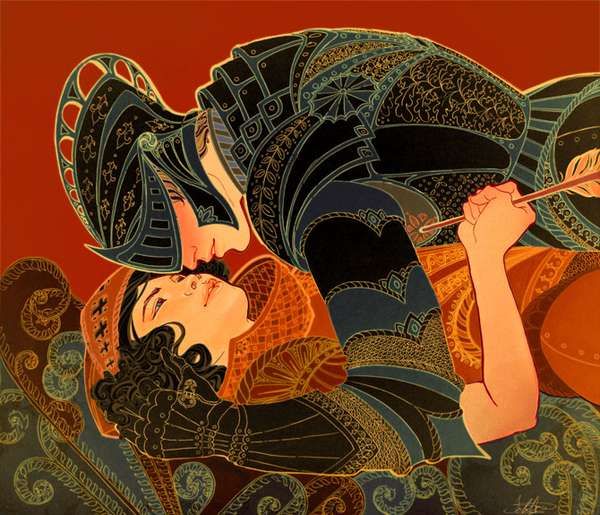 Jennifer Hom Paints with a Blend of Eastern & Western Aesthetics

Jason Soy — June 19, 2012 — Art & Design
References: cargocollective & juxtapoz
Share on Facebook Share on Twitter Share on LinkedIn Share on Pinterest
Jennifer Hom is an artist whose visual style is reflective of modern globalization. Being of Chinese ethnicity and growing up in the suburbs of Long Island, New York, her images have distinct elements borrowed from both Eastern and Western cultures. From the architecture to the way she renders faces, Hom finds inventive ways to communicate her upbringing onto a canvas, and the results are fantasy illustrations that are simultaneously familiar and original all at once.

Jennifer Hom explains that, as a Chinese American girl, she grew up with few friends and found solace in drawing whimsical worlds and imaginary creatures. She muses about becoming a Broadway star someday, though her current gig at Google as an illustrator will have to suffice for the time being.