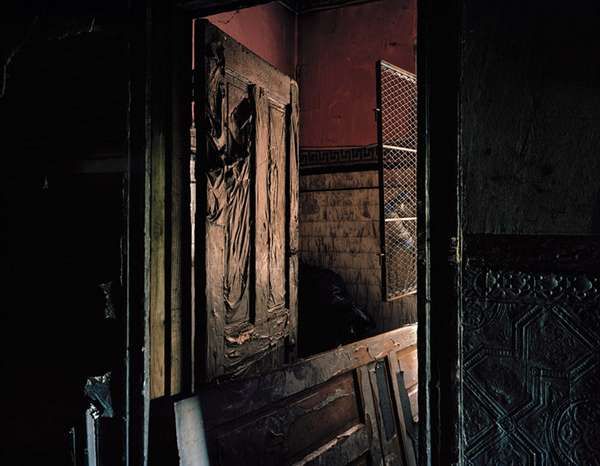 Jeffrey Stockbridge Shows the Abandoned Side of Philadelphia

Meghan Young — August 28, 2011 — Lifestyle
References: jeffreystockbridge & fastcodesign
Share on Facebook Share on Twitter Share on LinkedIn Share on Pinterest
Jeffrey Stockbridge sheds light on parts of Philadelphia that no tourist would ever think of setting foot in, let alone with Philly natives. Yet this Philadelphian photographer has decided to brave these desolate and abandoned neighborhoods, which were hit quite hard by the post-industrial economic decline during the mid-to-late 20th century and clearly have not been able to recover since then.

Armed with his large-format 4x5 camera, Jeffrey Stockbridge documents "this bleak alternative vision of American domesticity," as Fast Co Design so eloquently puts it. Although Jeffrey Stockbridge's work explores the negative side of life, there is still glimmer of hope in the faces of some of the portraits, namely in the idea of survival and perseverance.

Jeffrey Stockbridge's work is currently being exhibited at the Wapping Project Bankside, a gallery in London.
2.2
Score
Popularity
Activity
Freshness
Get the 2021 Trend Report FREE

Cloud-Filtering Captures
Mark Hawkins Photographs His Perspectives of the World