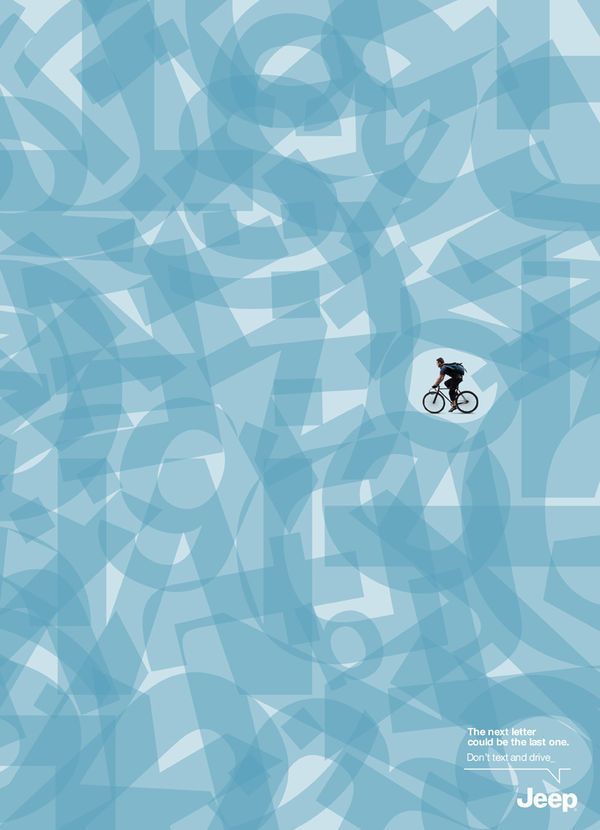 Meghan Young — May 12, 2014 — Autos
References: ddb & adeevee
Share on Facebook Share on Twitter Share on LinkedIn Share on Pinterest
The Jeep 'Don't Text and Drive' ad campaign has taken a different approach when it comes to cautioning drivers against using their phones while driving. Focusing on artistry rather than stark truths, it captures the attention of people who are, unfortunately, de-sensitized to more traumatic imagery. By focusing on the a more creative campaign, it forces people to think about their actions in a different light.

Conceived and executed by DDB, an agency based in La Paz, Bolivia, the Jeep 'Don't Text and Drive' ad campaign reads, "The next letter could be the next one." That possible last letter surrounds a potential target to hit such as a tree or cyclist. It was art directed by Crash Christian Morales with creative direction by Henry Medina.
2.1
Score
Popularity
Activity
Freshness
Get Trend Hunter Dashboard