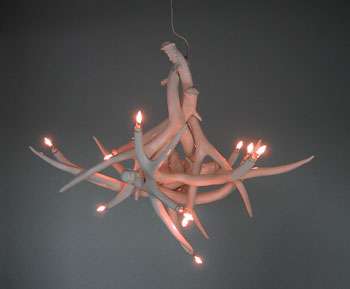 What many people don't know is that antlers are shed each year, growing back the next year. They rub their antlers on trees when they begin to itch as they naturally loosen, eventually falling off. A new set begin growing immediately, each pair of antlers growing bigger than that of the last year, growing thicker, taller, and often sprouting additional tines.