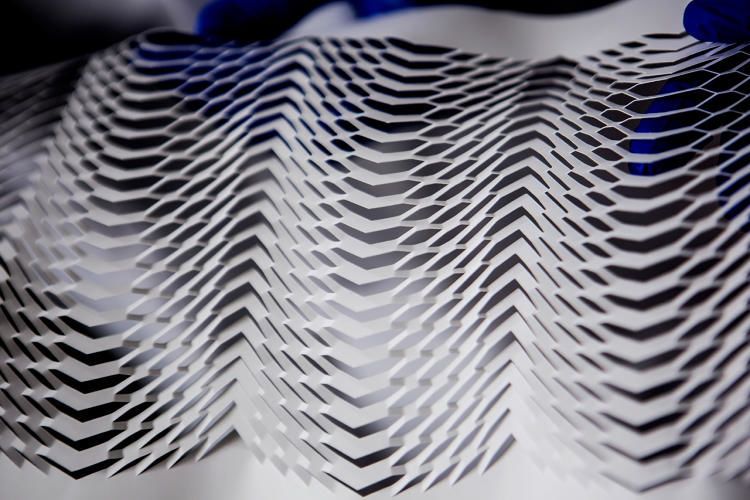 Meghan Young — June 25, 2015 — Tech
References: umich.edu & fastcodesign
Share on Facebook Share on Twitter Share on LinkedIn Share on Pinterest
Kirigami is the name of a Japanese paper-cutting technique that is currently being used in the technology industry. Researchers from the University of Michgan, who are being led by Professor Nicholas Kotov, have found a way to apply this Japanese paper-cutting technique to the creation of circuit boards that will eventually be used to yield flexible and bendable gadgets.

Opening up possibilities for implantable medical devices and unbreakable gadgets, this Japanese paper-cutting technique is very exciting. Fast Co Design writes, "The first prototype of the kirigami stretchable conductor consisted of tracing paper covered in graphene nanotubes. The layout was very simple, with cuts like rows of dashes that opened to resemble a cheese grater. Later concepts, though, were more complicated." It will be interesting to see how it progresses.
5.1
Score
Popularity
Activity
Freshness
Attend Future Festival