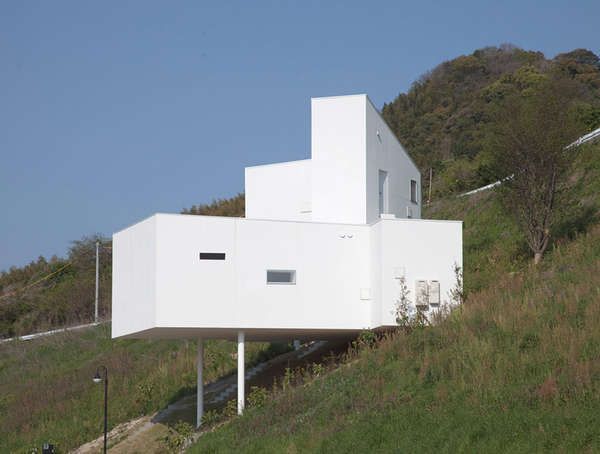 The ‘8008’ Home by Hiroyuki Arima is Japanese Architecture

Located in Fukuoka, Japan, Hiroyuki Armia's ‘8008’ is inspired by columns, towers and foliage. Featuring winding staircases, grassy rooftop terraces, unconventionally abrupt angels and a box-like exterior, the Japanese architecture of the ‘8008’ home is unparalleled to any I’ve ever seen. The ‘8008’ name comes from the number of plants featured on the property, adding up to exactly 8008.

Made entirely out of achromatic materials, both the interior and exterior of the ‘8008’ home are entirely white. ‘8008’ was built to appear as though it is coming out of a hillside and the bare white of the home stands strikingly against the barren and grassy green landscape.