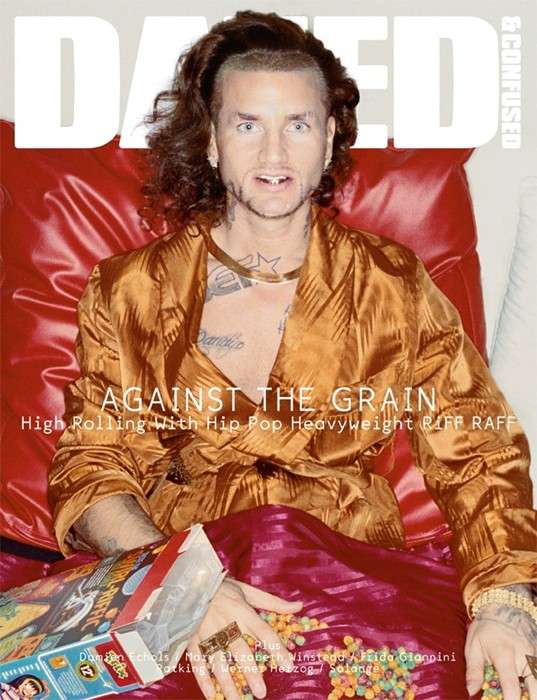 Embracing an image often described as ratchet, RiFF RAFF’s style is over-the-top and retro-infused. Gracing the January 2013 Dazed & Confused issue, the Houston-born artist sits in front of Nick Haymes’s lens and shows off his wavy locks, intricately shaved eyebrows and silk robe ensemble while posing in bed with a box of cereal.

From his commercialized MTV and BET tattoos and his changing hair and his catchy rap tunes, RiFF RAFF has been making major music waves over the last year and proves to be a fascinating figure in the world of popular culture.