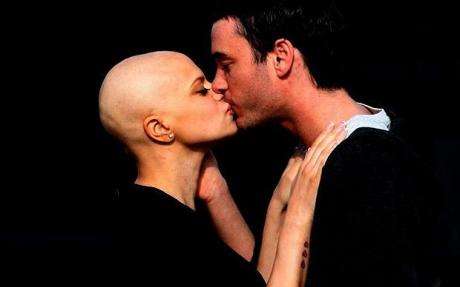 Marissa Brassfield — February 22, 2009 — Pop Culture
References: nzherald.co.nz
Share on Facebook Share on Twitter Share on LinkedIn Share on Pinterest
Optimists believe that even the darkest storm cloud has a silver lining, and it looks like the silver lining that surrounds Jane Goody’s terminal cervical cancer is an increased awareness of the disease. The New Zealand Herald reports that since Goody’s tragic story first hit headlines, cervical cancer screenings have spiked in the UK.

“Jade Goody has done what no public health campaign has been able to do in the past, which is get widespread public attention onto the screening issue,” said Dr. Liam Fox, a British lawmaker, to Sky.

And Cardinal Cormac Murphy-O’Connor, the head of the Catholic Church in England and Wales, had this to say about Jane Goody: “A lot of people might say ‘Well, it’s better of she did everything in quiet.’ But I think she’s made a decision that she wants the last months of her life to teach people something.”
4
Score
Popularity
Activity
Freshness
Attend Future Festival Virtual