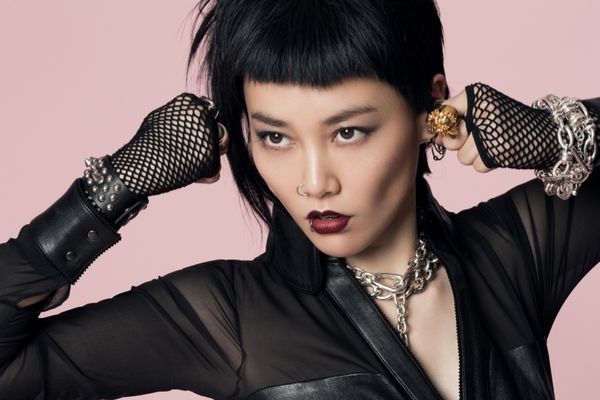 Meghan Young — November 29, 2013 — Fashion
References: fashiongonerogue
Share on Facebook Share on Twitter Share on LinkedIn Share on Pinterest
Actress Rinko Kikuchi is really milking the punk look this year, as evidenced by the Jalouse China December 2013 cover shoot. Not to mention in the recent Flaunt Magazine November 2013 issue as well. Although the similar attitude is present in each photoshoot, this one is much more edgy. The Japanese beauty dons glamorous rock'n'roll ensembles that any pop star would want to wear.

The Jalouse China December 2013 cover shoot was lensed by photographer Jumbo Tsui. Styled by Shuo Yuan Hasegawa, the star of Kenzo’s fall 2013 campaign is clad in everything from studded leather jackets to plaid blazers and chunky silver jewelry. She was captured in a large loft space with tons of cold natural light sweeping in from a nearby window.
4.8
Score
Popularity
Activity
Freshness
View Innovation Webinars